Nowadays we make cities to much as a closed system: segregated, regimented, and controlled. Instead of this 'Closed City' we need an 'Open City' where citizens actively hash out their differences and planners experiment with urban forms that make it easier for residents to cope. This is the main message of urban sociologist Richard Sennett in his new book 'Building and Dwelling' that came out last month. Yesterday he gave an inspiring lecture at the Rotterdam Academy of Architecture and Urban Design where he discussed some highlights of his new book.

Sennett
The 75-year old Richard Sennett is a highly regarded professor of sociology at New York University and at the London School of Economics. He has used combined methods of ethnography, history, and social theory to examine the working class, the public realm, the formation of identity in society and cities. He has explored how individuals and groups make social and cultural sense of material facts, about the labor they do and the cities in which they live. His focus is on how people can become competent interpreters of their own experience, despite the obstacles society may put in their way. He wrote many books on the subjects. Most recently Sennett has explored more positive aspects of labor in ‘The Craftsman’ (2008) and in ‘Together: The Rituals, Pleasures and Politics of Cooperation’(2012). The third volume in this trilogy, ‘Building and Dwelling: Ethics for the City’, did appear last month.

Planned vs. Lived City
In this new book he traces the often anguished relation between how cities are built and how people live in them. It’s about - what I call - the tension and mutual interaction between the ‘planned’ and ‘lived’ city (Helleman, 2015). By which I mean that there is a difference between 'the way a city is planned, designed and made by professionals' and 'the way a city is experienced, practiced and filled in by its users'.

A relation that can be seen in for example public space, migrant neighbourhoods, urban renewal, in slums and urban development. Themes where we often find a tension between the ideals/visions of professionals and the reality of everyday life. Between stability/control and flexibility. And between top-down standardization (formal) and bottom-up diversity (informal). Or in the words of Wouter Vanstiphout (professor Design and Politics at TU Delft): "The city has become a tool to achieve goals, political, cultural, economic or even environmental. Treating the city in this way means that we are constantly passing judgment on what the city should be, and who should be there, and what they should be doing, instead of trying to understand what the city actually is, who really lives there and what they are doing. This produces a dangerous process of idealization, denying whole areas, whole groups their place in the urban community, because they do not fit the picture." (Helleman, 2011).

Sennett uses the words 'closed' versus 'open' to support his argument that we need a different urban system with more interaction between a physical place (in French 'ville') and urban mentality ('cité'). The interaction between the built environment and how people dwell in it (social behavior). Connecting the built and the lived. This relation is disturbed in his opinion when cities are build and shaped to much conform closed systems. With ‘closed’ he means over-determined, regimented, balanced, segregated, controlled, clarity and linear. He makes a plea for a more open way of thinking and working on cities. Open means incomplete, errant, conflictual, innovation, uncertain, complexity, and non-linear.


Sennett:
"The 'Closed City' can be designed and operated top-down. It is a city which belongs to the masters.
The 'Open City' is a bottom-up place. It belongs to the people."

The 'Closed City'
The ‘Planned’ or ‘Closed City’ is mostly a result of a period in which planners and politicians aimed to build in the tradition of modern urbanism (think about the CIAM movement of French architect Le Corbusier: "the one and only villain"). The functionalist city made by top-down planning with structural blueprints creating 'light, air and space'. Despite the good intentions - in response to population growth, public health issues and traffic problems - it also had many disadvantages. Cities were all built in the same way ('monoculture') on the basis of high-rise blocks and other design principles, such as repetition, regularity, symmetry, straight lines, mono-functional, collectivity, efficiency and standardization (Helleman & Wassenberg, 2004). These principles were used for building new city districts (like the Bijlmermeer in Amsterdam), but also during urban renewal of traditional inner cities. A strategy in which the economy (read: big businesses) and mobility (read: car) became the prime concern of city planning. Trying to make a city that works like an efficient machine. In which form should literally represent function.


The consequences can still be seen daily. The destruction of outdoor street life gave us the indoor shopping mall. But mostly it gave a sea of uniformity. Sennett (2018): "Large finance and construction firms are standardizing the 'ville'; as a plane lands you may not be able to tell Beijing apart from New York." Because of the way cities are build but also as a result of - for example - the small number of monopolies in retail. With the result that we find in all inner cities the same large chain stores (and hotels) with standardized products. Cities are losing their identity in this way. A danger Sharon Zukin has also been pointing out to us a couple of years ago.

In previous lectures and in an undated essay Sennett (2013, 2014) points out three underlying motives for the emerge of 'closed cities': 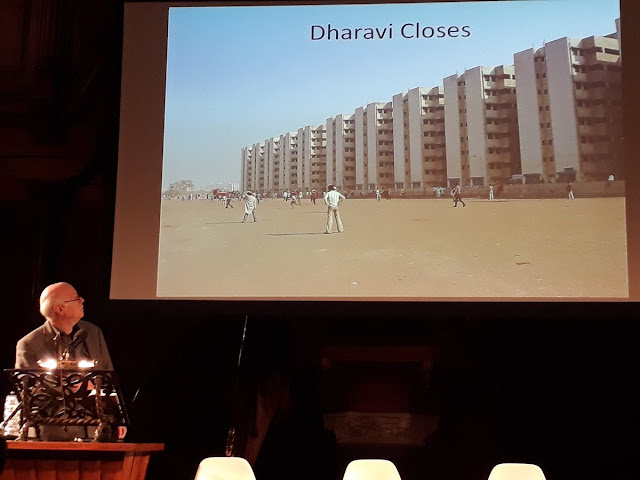 The ‘Open City’
To make cities better, Sennett argues, we should make them into open systems. That is not a plea for the free market and private enterprises, but for a system which is open socially to different voices who attend to one another, rather who each do their own thing in isolation. Striving for a city where many things happen at the street at the same time.

Describing the 'Open City' Sennett makes references to 'The Open Society and Its Enemies', a work by the philosopher Karl Popper and to Charles Darwin’s version of evolution, which  combines elements of chance mutation and path dependence. Showing that in an open system there is no definite destiny. The process shapes the end. Following the path of informal exchanges. Which means that urbanism in an 'Open City' supports and embrace the dynamic character of the city (disorder, noise, unpredictable) by being adaptive, experimental and taking the context into account.

When urban expressway builder Robert Moses and representatives of urban forms, such as Le Corbusier (Radiant City), Ebenezer Howard (Garden City) and Walter Christaller (Central Place Theory) stands for the 'Closed City', Jane Jacobs is the equivalent for the 'Open City'. Jacobs spoke for mixed neighbourhoods, for informal street life and for local control. She believed the essence of urban form was 'organized complexity' (Cohen, 2006). The core of urban life should be a sort of 'unplanned casualness' with spontaneously interaction between people at the local level. The open city is about crowd people in dense streets or packed squares that come together informally and compete, gossip and innovate. Jacobs was not paying much attention to the quality of the built environment. In her opinion form will emerge from the way people dwell. She declared that the city is not a work of art. Dutch sociologist Abram de Swaan wrote in 1997 something familiar: 'clean and safe' are more the preconditions for a bathroom than for a city. "A vibrant and livable city", he wrote, "is not a polished city, but a city with the good mixture of amusement, surprise, annoyance and tension" (Helleman, 2013).

Designing the Open City
These contrasts between the closed and open city are of course not absolutes of black-and-white. “Real life is painted in greys. Yet to design the modern city well, I believe we have to challenge unthinking assumptions now made about urban life, assumptions which favor closure”, Sennett argues in his undated essay. Urbanism is more than Jane Jacobs 'spontaneity' (small, slow, local). The 'Open City' should also respond to urban growth (big, fast, urban) and shouldn't be interpreted as a total freedom of form. It has a shape. A 'shape' in which there is a smaller gap between the builder's own values and those of the public. 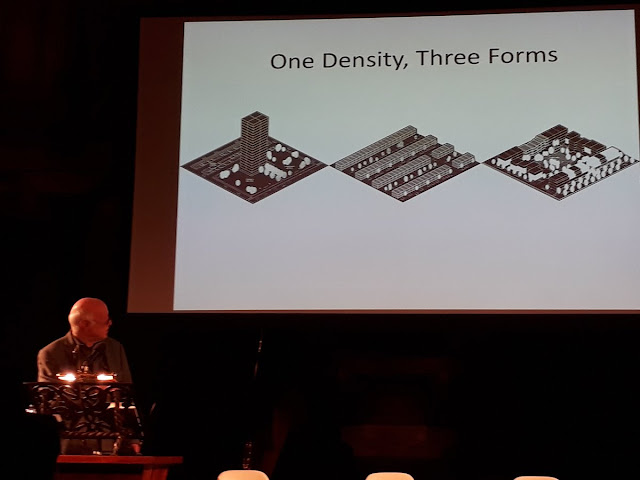 Although there is no one model for an 'Open City', there are some critical ingredients according to Sennett (2018). I mention three: designs involve creating ambiguous edges between parts of the city, contriving incomplete forms in buildings, and planning for unresolved narratives of development.

In sum, Sennett (2018) asks for a more people-oriented urbanism ('human scale') with more respect for historic uses, the identity of a place and for social needs. Striving for a better balance between change and stability, between routine and discovery, between orderliness and chaos, between rupture and accretion, and between spaces and people. Creating - in coproduction with different parties - a built environment with a collaging of different buildings types, people and activities. Places with a particular character. "The role of the planner and architect would be both to encourage complexity and to create an interactive, synergetic 'ville' greater than the sum of its parts, within which pockets of order would orient people. Ethically, an open city would [...] free people from the straitjacket of the fixed and familiar, creating a terrain in which they could experiment and expand their experience."

Overall a fascinating lecture and an inspiring book. A book with a strong and important message that reads wonderfully due to several anecdotes, interesting historical descriptions, and useful theoretical backgrounds. A must for every urbanist, architect, planner, politician, and student.

Gerben Helleman (2004) The renewal of what was tomorrow's idealistic city: Amsterdam's Bijlmermeer high-rise. In: Cities, 21 (1).

Gerben Helleman (2011) To Be or Not To Be? Blog Urban Springtime.