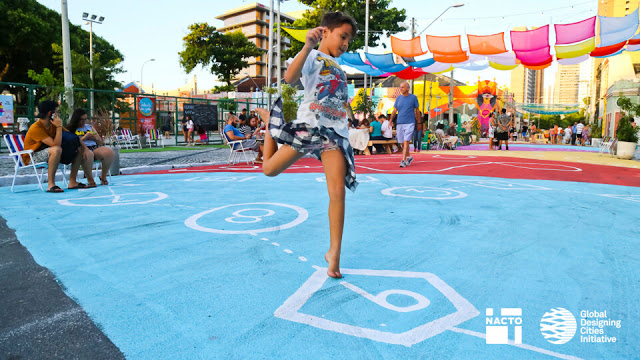 Children spend only half as much time playing outside as their parents did. There are several reasons for this. The way we have organized our cities is one of them. How to turn this tide? How do you design streets that are child-friendly? What are the do's and don'ts? The publication Designing Streets for Kids provides various tools for this. In this article a summary and review.


Play is an important human right, as indicated in the UN Convention on the Rights of the Child. This states that every child has the right to leisure, to engage in play and recreational activities appropriate to the age of the child and to participate freely in cultural life and the arts. Playing outside is an important part of that: spontaneous play, discovering and adventure in an outdoor environment. This can be done with or without the presence of adults, as long as the play has an open, unpredictable and unstructured character that is initiated by the children themselves.

Where, how and for how long children play outside is strongly influenced by the choices and decisions of parents, teachers and urban designers. Looking at the built environment, it is noticeable that our cities are increasingly densifying and expanding, as a result of which residual spaces disappear and the edges of the city - with its nature reserves and unplanned playgrounds - are increasingly distant. In addition, the increased traffic has made residential streets less safe and more and more space is needed for parking spaces. As a result, streets are increasingly becoming passageways (space) instead of destinations (place).

In recent years, more and more attention has been paid to the design of the city from the perspective of the child. One calls these child-friendly cities, the other child-oriented or playable cities. The message is the same: how can we design cities in such a way that children can make more independent use of public space for play and travel. This has already led to various beautiful publications, such as The City at Eyelevel for Kids, Child-friendly Urban Design, Cities Alive: designing for urban childhoods and - sorry for the self promotion - Playable Cities: a model and toolkit.

Designing Streets for Kids is is a welcome addition to these publications. This handbook shows very concretely how you should design streets from the point of view of children (and their parents). Streets that are safe, healthy, comfortable, convenient and educational and therefore of added value for everyone. Especially the detailed elaboration of design solutions is a plus of this book compared to the aforementioned publications. On the basis of various strategies, design principles, case studies, many photos and drawings, you gain insight into numerous improvement options.

The book consists of three parts. The first part briefly describes the child's experience of the world and the role the built environment has on their health and skills. This section ends with a summary of ten actions to improve streets for children (figure 2), including building wide and accessible sidewalks, adding spaces for play and learning, providing cycling facilities, improving pedestrian crossings for walkers and reducing the speed of motorized traffic. These steps are then elaborated elsewhere in the book.

The second part is the core of the book, looking at five design strategies at different scales: upgrade (meet basic needs), protect (design for appropriate speeds), reclaim (allocate space for people), activate (incorporate play and learn), and extend (interaction between street and adjacent spaces and buildings). Using before and after-photos and drawings, these strategies are elaborated for various street types, such as neighborhood streets, commercial and mix-use streets, throughfares, (major) intersections and streets near key destinations (figure 3). It even zooms in on specific details, such as pedestrian crossings, sidewalks, pause and play areas, seating, nature and landscaping, transit stops and cycle facilities.

The third and final part looks at how you can implement these design strategies and how to make change happen. In addition to drawing up a long-term vision, identifying champions/ambassadors and engaging various stakeholders (including children!), attention is also paid to various small and/or temporary measures that can create awareness and serve as a flywheel for further developments. Measures that we could classify as Tactical Urbanism. In the concluding chapter the authors make a plea for a comprehensive approach. Showing the need for integrating and connecting different places, walking and cycling paths.

The book has been compiled by the National Association of City Transportation Officials (NACTO). This is a coalition of 81 major North American cities (transportation departments) and transport organizations that exchange knowledge on mobility issues and has published numerous other handbooks, such as the Urban Street Design Guide, the Urban Bikeway Design Guide and the Global Street Design Guide. Designing Streets for Kids is a supplement to the latter, but can be read separately. Due to the background of the authors - traffic engineers, designers, planners - the children and their carers are mainly seen as walkers, cyclists and users of public transport. They are less seen as recreational users who use the sidewalk, squares, parks and other public spaces to play and meet. That is a pity, but on the other hand attention to, for example well-connected walking and cycling routes is of great importance, because they are necessary to increase the accessibility of public spaces.

Another critical comment can be made about the North American perspective. Not so much in the elaboration, because in the book there are inspiring examples from Botswana, Denmark, Ethiopia, Mexico, New Zealand, Russia, Spain, Vietnam and South Korea. Nevertheless, the book will most likely provide more insights for the American urban planner and traffic engineer than for the Dutch, German or Danish reader. After all, unlike these countries, many American cities are not or hardly equipped for slow traffic. The examples shown will therefore lead to fewer eureka moments among West-European professionals than among their colleagues on the other side of the Atlantic. Many of the proposals are already an integral part of our thinking and working method. However, this less innovative character is amply compensated by the total overview of actions, the detailed elaboration and the inspiring images.

This article is also available in Dutch. 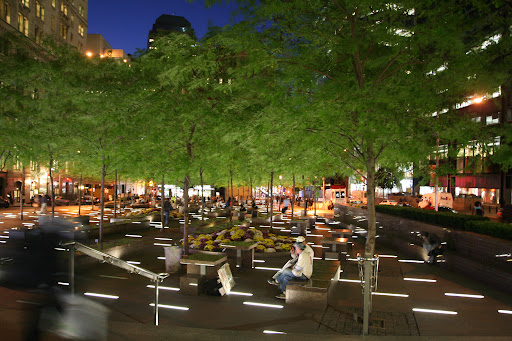